Ajara has undergone serious changes and reforms that led to the significant improvement of its worldwide image and investment climate. The hospitality market in Ajara is developing at a fast pace as increased inflow of foreign visitors, businessmen and delegations attracts well-known international hotel chains. Read More

Construction is one of the most dynamically growing sectors in Ajara region. Having started ten years ago, it has been booming in Ajara since then. The total constructed area in 2018 exceeded 2 million m². The fierce competition on the market makes the sector very promising in terms of growth and development. Read More

Ajara, due to its mountainous terrain, has relatively low percentage of arable land, which is about 25% of its territory (72 862 ha). Around 50% of the population is engaged in agriculture. Read More

The geographic location plays an important role in the social, economic, and political life of Georgia. Historically, Georgia was considered to be a transit territory connecting Europe and Asia. Read More

There are following financial institutions in Ajara region Read More

5 top reasons to invest in Batumi

1. Business-Friendly and Stable Environment Georgian legislation offers unconditional protection of investments. Assets of a foreign investor shall not be subject of expropriation.

3. Flat/Low Taxes and Incentives According to the Constitution, increasing tax rates in Georgia is only possible through the Referendum.

4. Liberal Economic Legislation Georgian economic legislation is strongly investor oriented. Several State laws of Georgia are specifically dedicated to facilitate and stimulate both local and foreign investments. Georgia is one of the leaders in the world in terms of ease of business start-up procedures.

5. Strategic Geographic Location Batumi is one of the fastest developing cities in Georgia. It is bridge between Europe and Asia. Batumi is situated in western and central parts of Trans-Caucasia between Black and Caspian Seas, on the crossroad of the ancient Silk Road that connected Asia and Europe. 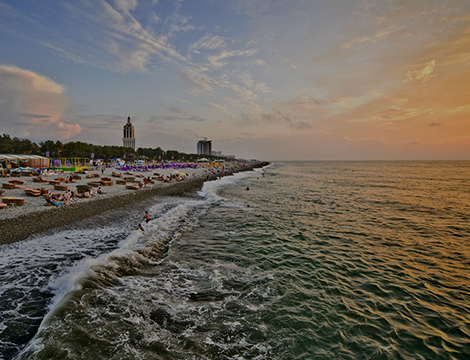 Ministry of Finance and Economy of Ajara announces electronic auction